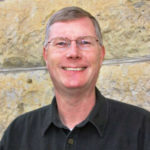 Dr. Stephen K. Wilke came to Southwestern College in Winfield, Kansas, on October 1, 1991, and since 2004 has served as the Executive Director of the Richard and Julie Wilke Institute for Discipleship.

Prior to coming to Southwestern College, Dr. Wilke worked as a licensed psychologist on the staff of Prairie View Psychiatric Hospital. In 1987, he became the founding president of Recovery of Hope Network, Inc., and stayed in that position until 1991. The Recovery of Hope Network helped local organizations establish programs in the community for troubled marriages.

Dr. Wilke received his Ph.D. in clinical psychology from the California School of Professional Psychology (CSPP) in Fresno, California, in 1982. In his doctoral research, he studied the role of the church and clergy as agents of community mental health. Dr. Wilke has served on the staff and board at the Counseling and Mediation Center in Wichita, Kansas, and has provided American Association of Pastoral Counseling (AAPC) training to pastors. Dr. Wilke has also co-authored a set of five marital books.

Steve was reared in Kansas in a United Methodist clergy family and completed his undergraduate work at Southwestern College. Dr. Wilke began his work at Southwestern College in 1991 as the Dean of Students. He then transitioned into the VP of Student Development and Enrollment Management. His next transition was to VP of Enrollment Management and Planning. Later he functioned at the college’s VP of Strategic Planning and New Programs.  In his work with new programs, the Institute launched under his direction. In July of 2017 Dr. Wilke transitioned off the administrative leadership of the college and went full time as the Executive Director of the Institute.

He and his wife, Beth, have four children. Beth served as the Associate Pastor at First United Methodist Church in Winfield for over twenty years. 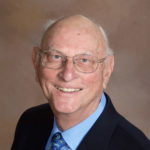 Bishop Richard B. Wilke created excitement in local churches with his books And Are We Yet Alive? and Signs and Wonders. With his late wife, Julia, Bishop Wilke coordinated, designed, and wrote the DISCIPLE Bible study, a training for Christian leaders. With nearly three million graduates in more than 10,000 congregations in 30 denominations, DISCIPLE has been translated into several languages. 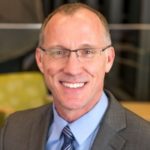 Bradley J. Andrews became president of Southwestern College July 1, 2015, after a long and successful leadership at Carthage College in Kenosha, Wisconsin. There, he had been senior vice president for student success and strategic enrollment, the most recent of increasingly complex and critical leadership roles. Among his Carthage roles were chief enrollment officer, senior vice president for academic resources, chief advancement officer, and dean of students.

Brad and his wife, Trish, enjoy spending time with their four children—Graham, Tyler, Madeline, and Gwendolyn. Brad is a golfer and enjoys running; he has completed 10 marathons. Trish is a photographer. They live in Winfield, Kansas.

Institute for Discipleship Board

Through the years, the Institute has brought together a board of people who are not only friends of Southwestern College, but passionate about the Institute’s mission, innovative experts in their fields, and dedicated to the Institute’s growth both spiritually and financially.